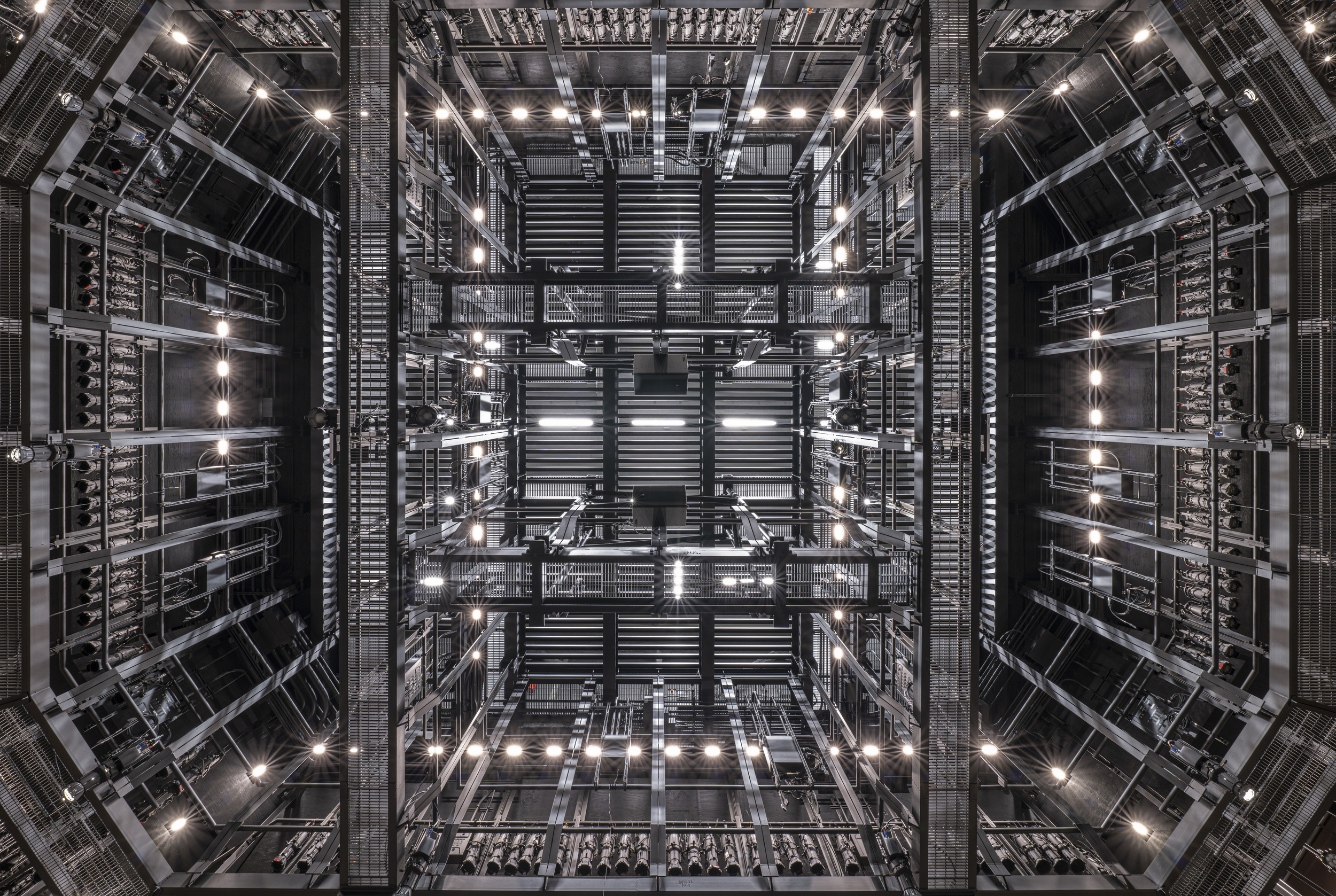 The 50,000 sf Steppenwolf Theatre Expansion includes a new in-the-round theater and education center and is now named the Liz and Eric Lefkofsky Arts and Education Center.

The transformed Steppenwolf campus will change the way Chicagoans and visitors experience the company’s cutting-edge theater when in-person performances return in late 2021.

Steppenwolf’s Liz and Eric Lefkofsky Arts and Education Center is the largest new permanent cultural asset to open in the City of Chicago in 2021. The $54 million building project is part of Steppenwolf’s multi-phase $73 million campus expansion, and includes Steppenwolf’s first-ever dedicated education space, The Loft, encompassing the entire fourth floor of the new building.

The expansion will introduce new relationships with its patrons, neighborhood, and Chicago as a whole. Architecturally, the design is carefully stitched into its neighborhood context, recognizing the significance of its presence along Halsted Street, while respecting its neighbors.

At the heart of the center is an intimate and state-of-the-art 400-seat theater in the round, one of its kind in Chicago. The concept, based on Collision, that interaction between the actor and the audience serves to establish dynamic and intimate spatial relationships throughout the project.

The theater is only six rows deep, always placing the actor in an intimate relationship with the audience. No audience member will be more than 20 feet from the stage, blurring the lines of actor/audience relationships.

Other improvements include a dedicated education floor for the future of Chicago’s youth. Steppenwolf has always had a strong commitment to the social construct and neighborhoods across Chicago. Through its Young Adult Council and Teen Programs, the project took an Education-centric approach to its design by placing the Teens and the future youth of Chicago at the Center of design and in the most prominent spaces.

The program also includes a dynamic lobby space, Steppenwolf’s costume shop and other updated production amenities, as well as a wine bar and a sidewalk lounge, increasing the social gathering spaces where artists and audiences converge.

Key elements of the in-the-round theatre include a modular staging system that allows for designers and directors to control the architecture, adjust the capacity, and explore different stage footprints for a variety of audience relationships. Accessibility was at the forefront of the design, including 20 fully integrated wheelchair accessible locations (versus the six that are required by law), as well as an induction hearing loop and improved sight lines for performances featuring ASL Interpretation and Open Captioning.

24 Jan 22 | World-Architects
US Building of the Week: Steppenwolf Theatre Campus Expansion
Steppenwolf had been undertaking a search for an architect to translate their artistic vision and met with Gordon Gill in 2007 at Adrian Smith + Gordon Gill Architecture’s offices in Chicago... MORE

4 Nov 21 | Architectural Record
Smith + Gill Architecture Expands the Steppenwolf Theater Campus in Chicago
Since its founding in 1974 by a group of high school students aspiring to be actors, Chicago’s Steppenwolf Theater has evolved from a scrappy incubator of local talent to an internationally acclaimed cultural powerhouse... MORE

4 May 2021 | Block Club Chicago
Steppenwolf To Open New Theater Building, Education Center During 2021 Comeback Season
The building will feature a 400-seat round theater and a state-of-the-art education center. It's expected to open to audiences in November... MORE

5 mar 19 | Chicago Tribune
Steppenwolf Theatre, known for bold moves, plans a new $54M theater-in-the-round project on Halsted Street
In a development likely to reshape, and possibly reignite, the Halsted Street corridor in Lincoln Park and impact the fiscal and artistic fortunes of the Steppenwolf Theatre Company for years to come... MORE