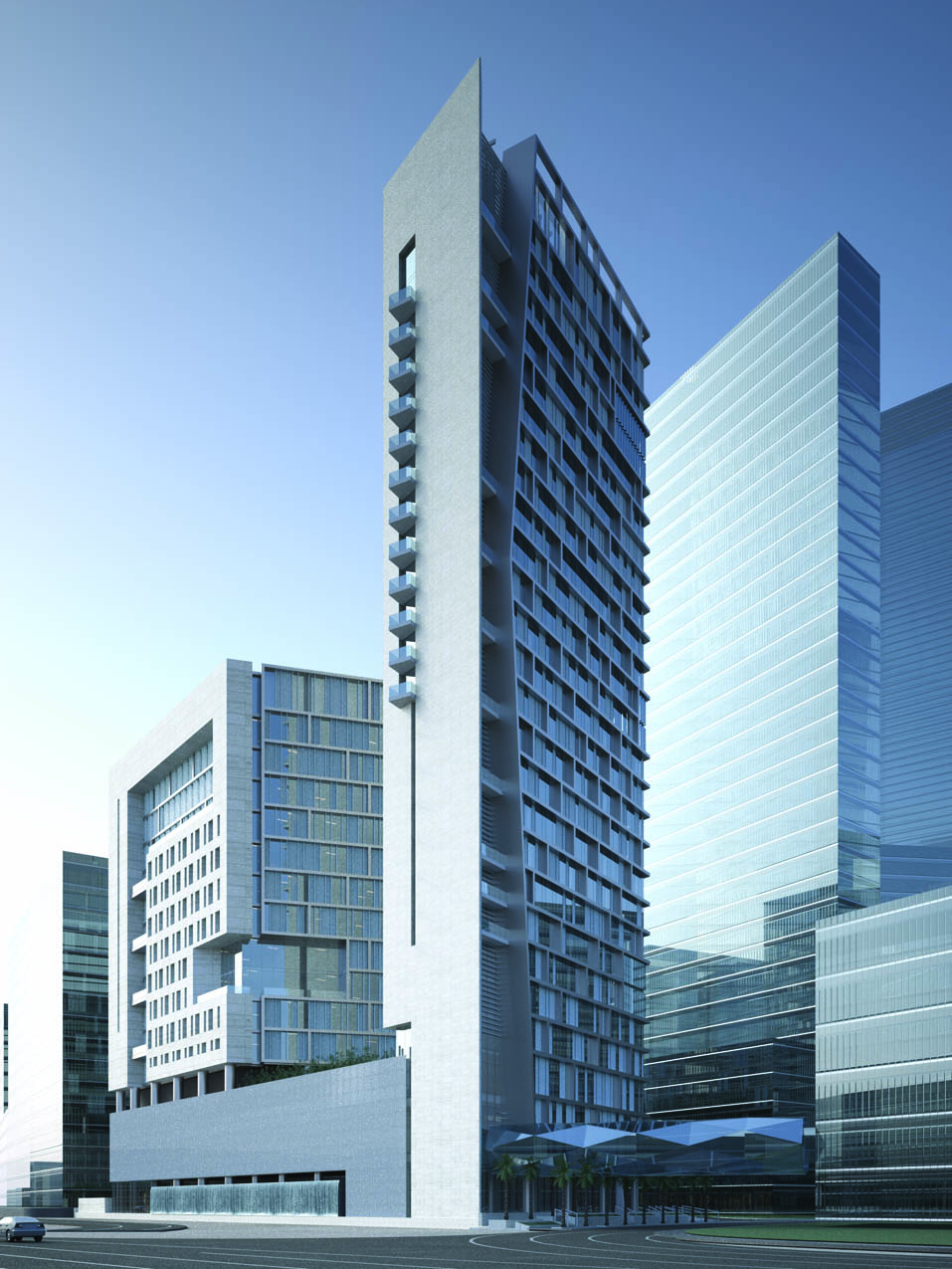 Located on the periphery of King Abdullah Financial District and next to a major expressway, Ahlamana will be one of the primary gateways into the overall development

Ahlamana (the Arabic word for “our dream,” a reference to an Arabic figure that informed the design) consists of a 78-meter-tall office tower and a 105-meter-tall residential tower, with the towers connected by two retail podium structures. Ahlamana’s podium will also feature KAFD’s only outdoor restaurant.

Ahlamana’s chief sustainability strategy is its deployment of a louvered travertine screen wall that protects the office tower’s western facade from the harshest solar radiation. The residential tower also presents a mostly solid stone wall toward the west, minimizing solar heat gain and reducing energy consumption for air-conditioning. On the other sides of the structure, the façades consist of mostly high-performance vision glass alternating in a subtle pattern with mostly opaque fritted glass panels, allowing for stunning views of KAFD toward the north and south while reducing solar heat gain.

Ahlamana is currently under construction.