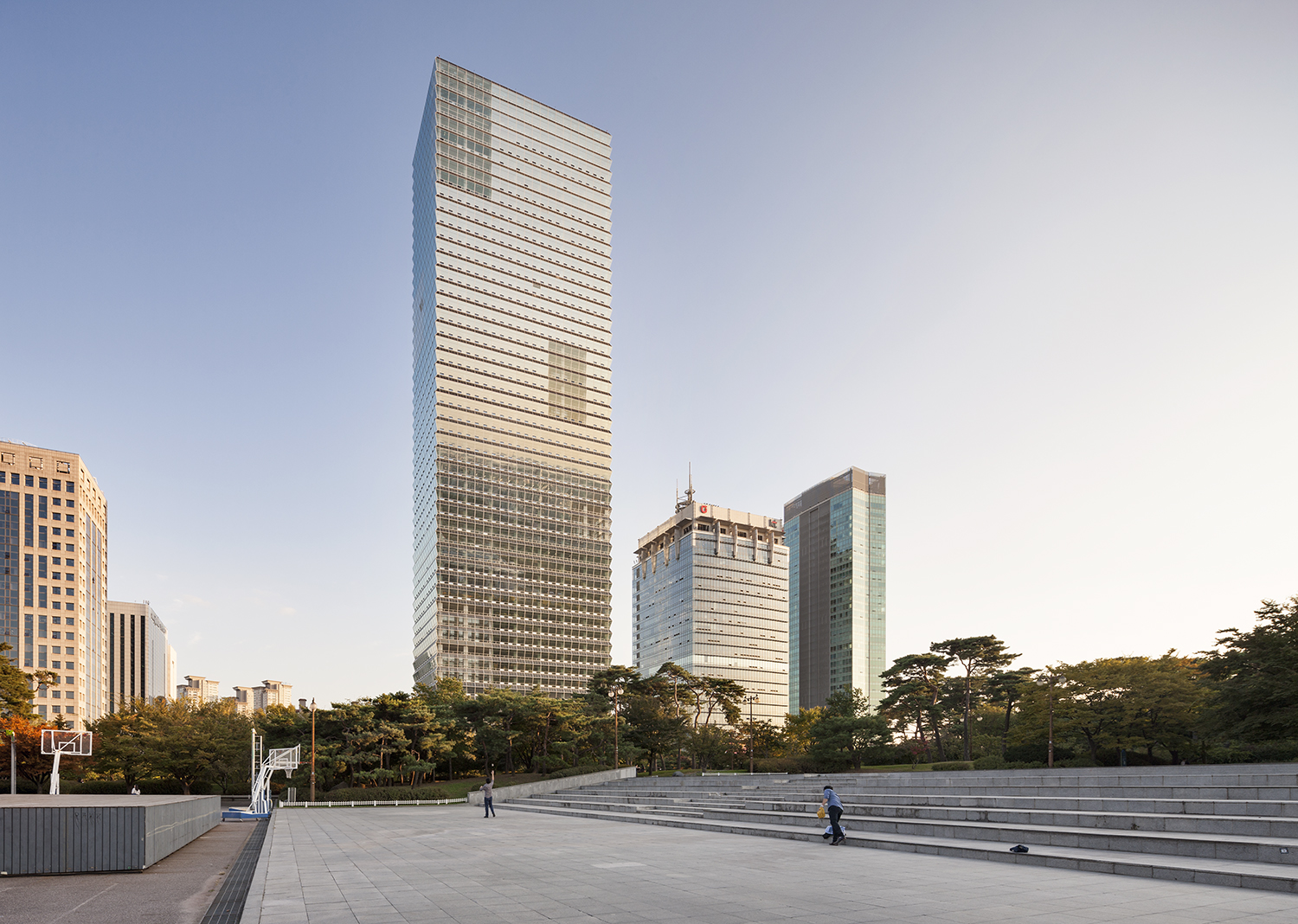 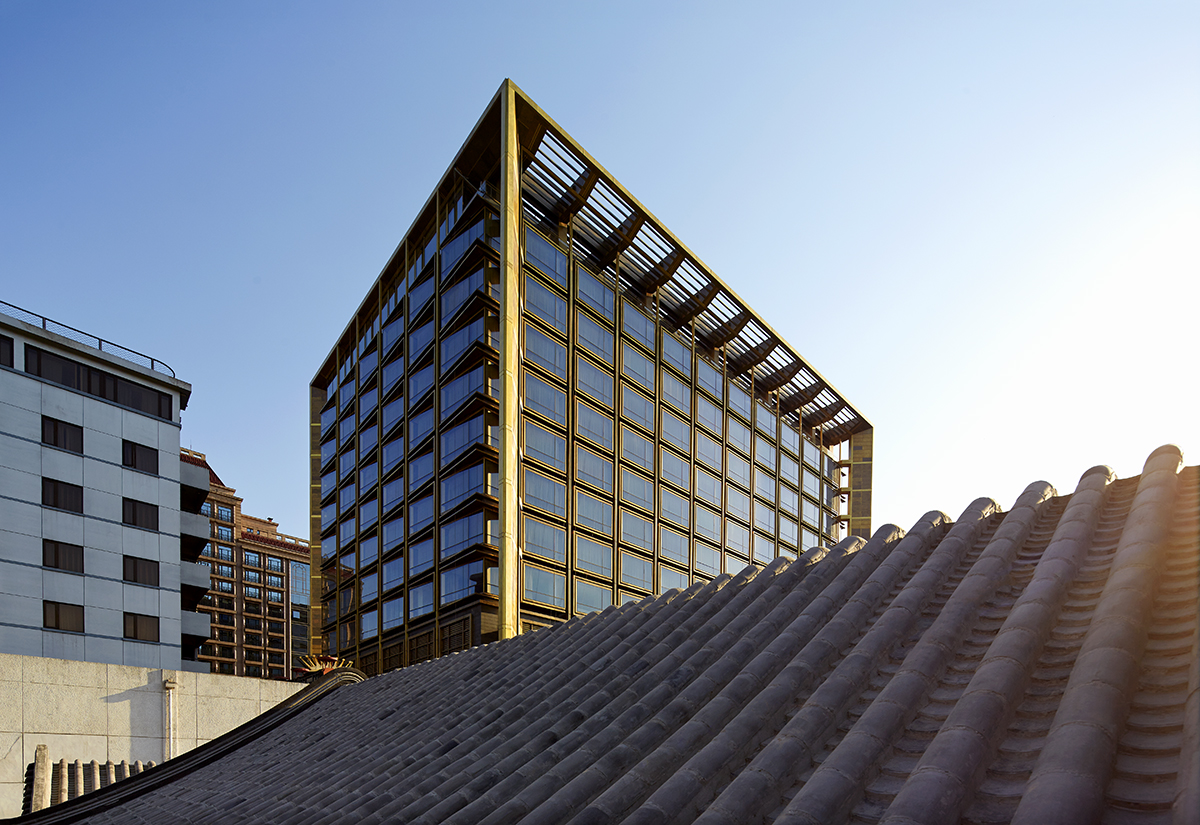 Based in the UK, the Civic Trust Awards were established in 1959, making it the first recognized awards in Europe to be given to architecture, design, planning, landscape, and public art. Awards are given to projects that demonstrate high-quality architecture or design, have demonstrated sustainability, are accessible to all users, and have made a positive cultural, social, or economic contribution to the local community.

“We are honored to have won Civic Trust Awards for our first two completed buildings,” said AS+GG Partners Adrian Smith, Gordon Gill, and Robert Forest. “The Civic Trust Awards program shares our firm’s goal that quality design should encourage positive community and environmental impact. It is thrilling to be recognized for two projects that promote the power of precise, high-performance, contextually appropriate architecture.”

Both of AS+GG’s honored projects are considered new icons for the cities in which they were built.

Now open in Seoul, Korea, FKI Tower is a 116,000 sm, 50-story, 240-meter-tall tower that features an innovative exterior wall designed specifically for the project. The building’s unique skin helps reduce internal heating and cooling loads while collecting energy through photovoltaic panels that are integrated into the spandrel areas of the southwest and northwest facades.

The Civic Trust Awards National Panel commented, “FKI Tower has become a centerpiece of Seoul—a fantastic place to work as well as an inspiring place to view the surrounding city. The tower is what a modern office building should be: intelligent, high performing, and forward-looking, while still exhibiting timeless and enduring qualities.”

The new Waldorf Astoria in Beijing, China is a 176-room hotel that responds to the formality of the surrounding historic buildings of the Forbidden City, the nation’s most important historical treasure. The new hotel is a testament that the Waldorf brand is highly inclusive in design and function. Every room, regardless of price, is equipped with equally stunning city views and well-appointed amenities. The luxurious bronze exterior acts as a self-shading frame that protects the building and minimizes the solar heat gain from all directions, creating both an environmentally and culturally specific building.

David Prichard, Chair of the Civic Trust Awards National Panel said of the project, “Hotels are rarely entered as their procurement often allows their architects little opportunity to make the standard plan layouts into decent buildings which respond positively to their context. Looking abroad we were pleased to see the Waldorf Astoria chain in Beijing has invested in a fine building that tunes into its cultural context and is a contemporary version of those imposing grand hotels of bygone eras.”

For more information on these projects and the 2015 Civic Trust Awards, please see the links below.

ABOUT ADRIAN SMITH + GORDON GILL ARCHITECTURE
Adrian Smith + Gordon Gill Architecture is dedicated to the design of high-performance architecture and the creation of new paradigms for sustainable development. The office uses an integrated design approach that emphasizes symbiotic relationships with the natural environment. The firm also specializes in the design of high-performance supertall towers. AS+GG is currently working on projects in Saudi Arabia, Kazakhstan, China, Canada, and the United States. The firm was founded in 2006 by partners Adrian Smith, Gordon Gill, and Robert Forest. For more information, please visit smithgill.com.

ABOUT THE CIVIC TRUST AWARDS
The 56th Annual Civic Trust Awards Ceremony was held on Friday 6th March at The Swan, Shakespeare’s Globe Theatre in London, hosted by architect, writer and TV presenter George Clarke and Civic Trust Awards Managing Director Malcolm Hankey. From 238 applications, 91 national and international projects were rewarded with a Civic Trust Award or Commendation. The Civic Trust Awards operates on a not-for-profit basis and remains committed to delivering an awards scheme that promotes positive community and environmental impact.