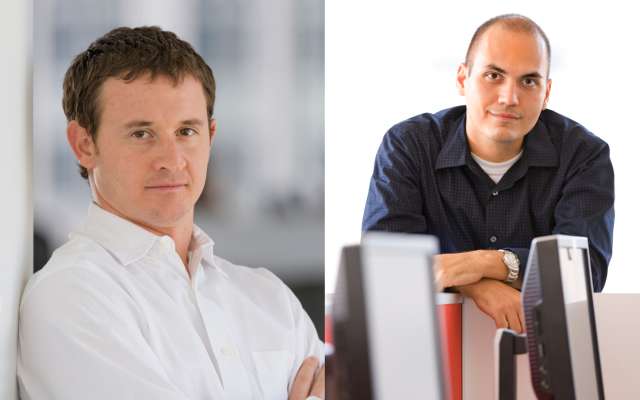 Adrian Smith + Gordon Gill Architecture is pleased to announce that two of its senior architects, Alejandro Stochetti and Juan Betancur, have been promoted to the position of Director.

Under the direction of design partners Adrian Smith and Gordon Gill, Alejandro and Juan have been responsible for leading the team efforts through the design process of several of the firm’s top projects.

“Alejandro and Juan are exceptional talents in our firm,” Adrian said. “We are delighted to recognize their extraordinary achievements with this promotion to the status of Director.”

“We look forward to the continued leadership of Alejandro and Juan, both of whom are innovators in high-performance architecture and key contributors to the global built environment,” added Gordon Gill. AS+GG partner Robert Forest also commended the two new directors. “We’re proud to have them on our team, as they are leaders pushing the boundaries of integrated design and sustainability.”

Before joining AS+GG, Alejandro was a senior designer at Skidmore, Owings & Merrill, where he collaborated with Adrian and/or Gordon in the design and development of a number of built projects, including Burj Khalifa in Dubai and Chemsunny Plaza in Beijing, China. His experience includes work in the Middle East, Europe, Asia, North America and South America.

Juan was also previously at SOM, where he was an associate and studio head concentrating on large-scale projects in China. On two of those projects—the Shanghai Grand and Nanjing Greenland Financial Center, a 280,000-square-meter mixed-use complex featuring a supertall tower—Juan collaborated with Adrian and/or Gordon.